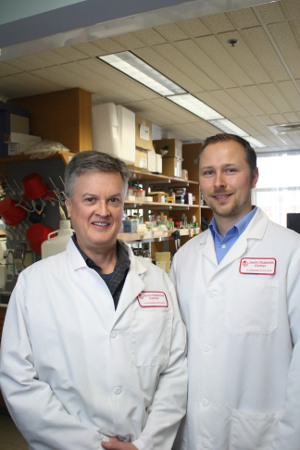 Researchers at Joslin Diabetes Center in the US have identified a new path that could result in the development of drugs and cosmetics to slow down aging.

The team has experimented on a microscopic worm C. elegans with calorie restriction and treatment with the drug rapamycin.

The experiments showed that the treatments had an effect on the expression of collagen-producing genes and other proteins that make up the extra-cellular matrix (ECM).

ECM is the framework of scaffolding that supports tissues, organs and bones.

Senior and co-corresponding author of paper produced in Nature T. Keith Blackwell said that the findings indicate that production of collagen and other ECM components plays a key role in longevity for the worm. They also suggest that agents promoting this tissue remodeling might slow aging in humans.

"Any longevity intervention that we looked at, whether genetic or nutritional or drugs, increased expression of collagen and other ECM genes, and enhanced ECM remodeling.

"The aging field really has been focusing on mechanisms that protect or regenerate the cell, but what we’re saying in this paper is that it’s all tied together with the ECM."

According to the researchers, ECM structures deteriorate with age, and collagens have been implicated in human diseases.

Lead author on the paper Collin Ewald said: "The ultimate goal of aging research is to find processes that promote healthy aging by ensuring the quality of youthfulness late in life.

"Other laboratories examining longevity treatments in the C. elegans worm had also detected higher expression of collagen genes, but those results were not followed up and people focused on processes that act within cells instead."

Close
Registration is disabled.
We use cookies to ensure that we give you the best experience on our website. If you continue to use this site we will assume that you are happy with it.Ok