Analysis of the poll responses recorded in May shows that optimism regarding future growth prospects dipped marginally to 59% from 60% in April.

The respondents who were pessimistic remained unchanged at 10% in May, while those who were very pessimistic increased to 16% in May, from 14% in April.

Further, the percentage of respondents who were neutral (neither optimistic nor pessimistic) decreased by one percentage point to 15%, against 16% in April. 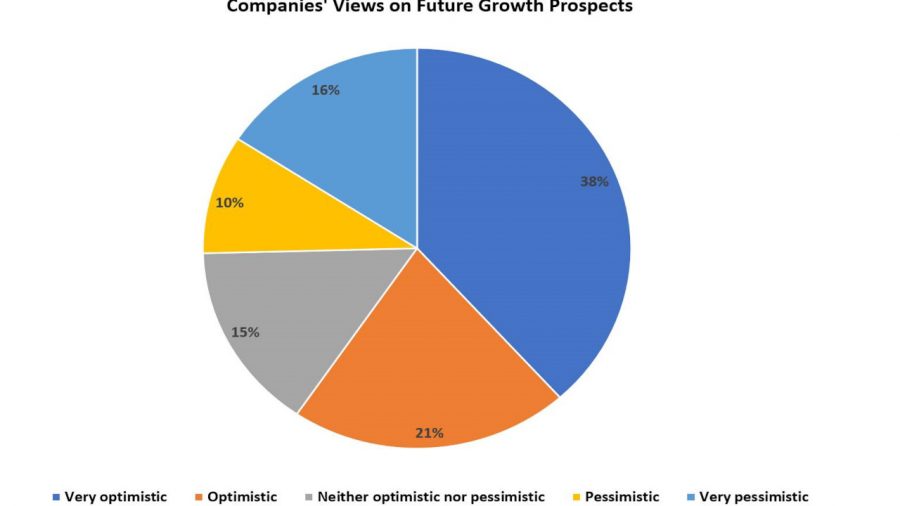 The analysis is based on 2,666 responses received from the readers of Verdict network sites between 01 May and 31 May 2021.

While business sentiment improved strongly in the US, China, and Europe, it declined in the rest of Asia. The Purchasing Managers’ Index (PMI) for Japan measured by the au Jibun Bank Japan Services, for example, declined by three points to 46.5 as lockdown measures implemented amid resurgence of COVID continued to impact demand.

The Federation of Indian Chambers of Commerce & Industry’s latest survey on the overall business confidence index in India plunged by 51.5 in May compared to 74.2 recorded in February due to the surge in COVID-19 infections in the country. The Organisation for Economic Co-operation and Development (OECD) reduced India’s growth forecast to 9.9% in May from 12.6% estimated in March. The second wave of coronavirus impacted a larger proportion of the Indian population and adequate measures including vaccination will be needed to revive demand in the country.

Thailand, Myanmar, Cambodia, Vietnam, and Laos also experienced COVID-19 resurgence forcing economic forecasts for the countries to be downgraded. The Economic Intelligence Center of the Siam Commercial Bank Public Company downgraded Thailand’s growth forecast from 2% to 1.9%, Cambodia’s from 6%-7% to 3%, and Laos’ from 5%-7% to 3.5%.

The growth projections for the US, UK, and Euro area, however, were revised upwards by the OECD to 6.9%, 7.2% and 4.3% as vaccination coupled with fiscal and monetary support helped these economies to bounce back. The risk of new outbreaks, however, looms as long as a major proportion of the global population remains unvaccinated leading to uneven global recovery, says the OECD.