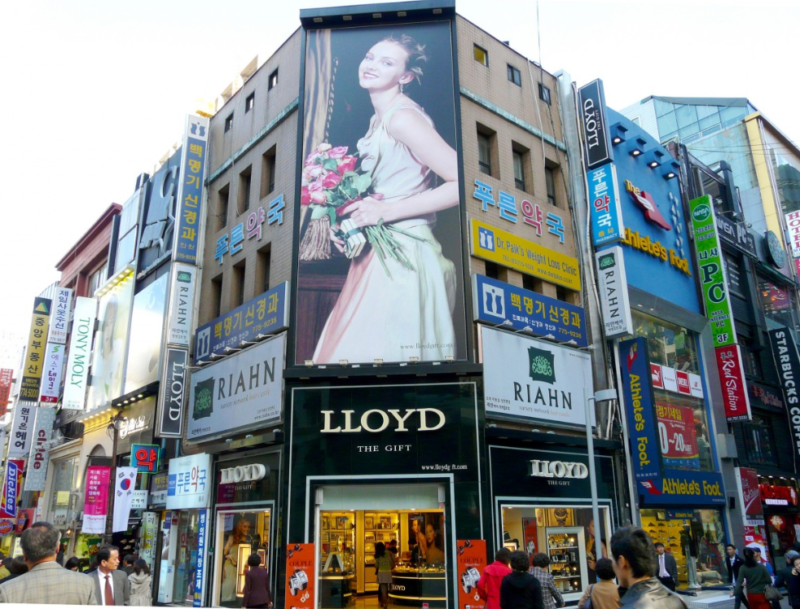 ‘Escape the Corset’ is the colourful nickname of a South Korean movement spearheaded by young women rebelling against overly strict beauty standards that the country is famous for.

South Korea is widely viewed as the epicentre of beauty innovation. The term ‘K-beauty’ was even coined in recognition of the huge global influence of South Korean-inspired beauty trends. But South Korea may eventually lead the global beauty in the opposite direction if the country’s budding ‘Escape the Corset’ movement catches fire globally.

‘Escape the Corset’ is the colourful nickname of a South Korean movement spearheaded by young women rebelling against overly strict beauty standards that the country is famous for.

The corset is that famous 16th century supporting and constricting undergarment worn by women to re-shape the body that was viewed as a form of torture supported by unrealistic social norms toward beauty. ‘Escape the Corset’ suggests much the same for cosmetics.

As part of the #EscapeTheCorset movement, South Korean women have cut their hair short, donned glasses instead of contact lenses, and have filmed the destruction of expensive cosmetic products and broadcast the spectacle on the internet.

Beauty regimes can be extreme in South Korea

South Korea is the world’s eighth largest cosmetics market, accounting for nearly 3% of the global market (as of 2016), according to data from the Korea Cosmetic Association and the Korea Health Industry Development Institute. The country punches well above its weight for beauty spending considering that South Korea ranks 27th globally by population.

The pressure on women to look perfect in South Korea can be intense. The country is said to have the highest rate of cosmetic surgeries in the world. According to The Independent, a third of young women in the country have experienced plastic surgery. Seoul is recognised globally as the world’s plastic surgery capital.

Beauty regimes can be extreme in South Korea. It is not unusual for working women to spend an hour or more each day applying beauty products before going to work. Daily skincare regimens are famously long and can involve as many as ten separate steps. The expense of beauty products is also an issue, especially for cash-strapped younger consumers.

But this over-emphasis on perfection may not survive a feminist revolution inspired by the global #MeToo movement. Stories of South Korean women suffering from harassment and sexual assault at the hands of men have fanned the flames of a backlash against cosmetics.

In this fertile ground, the ‘Escape the Corset’ movement has taken root, with newly empowered women challenging South Korean society’s lofty beauty expectations and beauty maintenance requirements as a form of forced and unpaid labour.

South Korean YouTuber Lina Bae captured this sentiment in a three and a half minute video titled ‘I am not pretty’ that went viral after its June 2018 release, garnering over 5.4 million views.

Featuring English subtitles, Bae’s video (which shows her applying and then removing makeup) reveals an array of insults she has fielded over the years regarding her appearance including ‘your bare face is terror to my eyes,’ ‘her eye wrinkles are so gross’ and ‘I would kill myself if I was her.’ People can be so cruel.

Makeup is very much a young woman’s game. A pair of survey questions from GlobalData’s Q3 2018 global consumer survey lay this out.

When asked if they tend to spend more time on personal appearance when going out or socialising, 49% of 16-17 year old women completely agreed they do, versus 28% of women aged 35-44. When asked if they like to experiment with their appearance, 32% of 16-17 year old women said they completely agreed that they do, versus just 18% of women aged 35-44. Beauty issues matter more to younger women than to middle age and older women.

Most importantly, young women have a much greater tendency to use a large array of makeup products as part of their daily beauty and grooming routine. Per GlobalData’s Q4 2016 global consumer survey, 42% of women aged 18-24 use six or more make-up products daily, versus 28% for women of all ages, globally. Younger consumers drive beauty product sales.

Considering this fact, the global beauty industry can ill-afford to have its primary target market turn the trashing of its products into some sort of destruction therapy spectacle.

How the industry responds to this challenge could be crucial to future growth prospects for the beauty industry. Altering the widely held perception (in South Korea, at least) that beauty is a requirement versus a choice is as good a place to start as any.

Or to search over 50,000 other reports please visit